Ooh, look at this! Plates and plates of tiramisu... 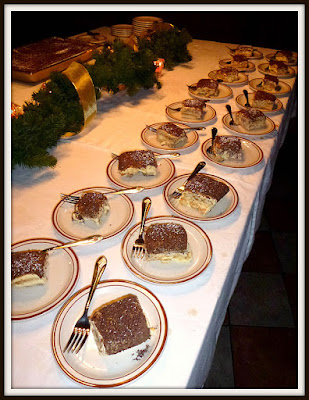 It's a scene that made me really happy at my husband's office Christmas party. I really love tiramisu! 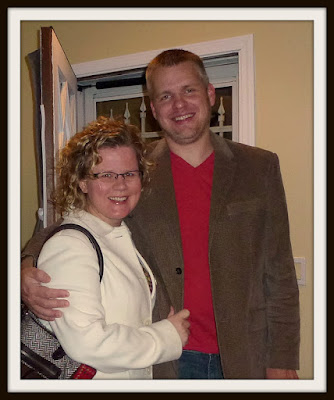 I'm glad I had the foresight to have our babysitter snap a photo of the two of us as we were heading out the door to the party. Photos of "us" happen so rarely that I really appreciate the ones that I have.

Here are a few more photos from the party. 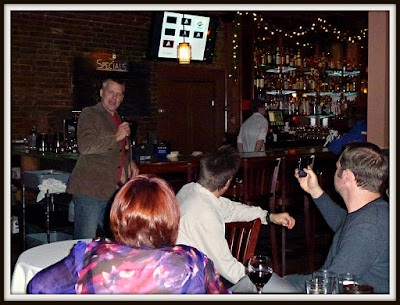 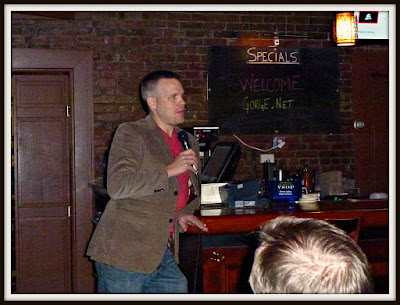 He's smart, he's funny, he's a techie, he's handsome and he's all mine! :)
And his comedy was; smart, funny, techie, geeky, clever, office related humor.
And he knocked it out of the park! 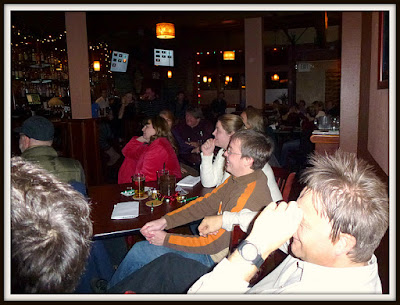 Oh man, he did such a good job! One of his co-workers asked me if he really "did" comedy?
Ha ha! I guess he's a natural. 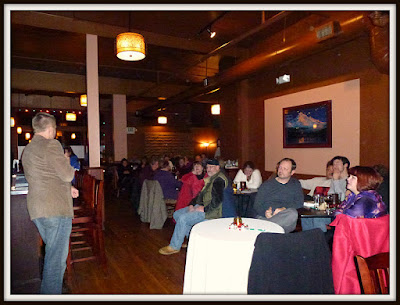 And the critique from the wife of the boss was; "my only complaint was that it could have been a bit longer." Way to go honey! You rocked it! 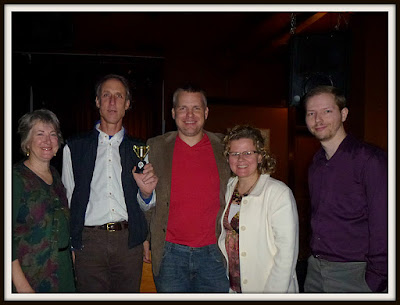 Oh, we also played a little pub trivia and we were a part of the winning team (yay!) and here we are with our giant trophy!

It was a lovely party! It seems like the company parties are getting better and better each year!
I can't wait to see what next year brings!