S'mores on a stick!

What could be better? Inside of a warm cozy house with no smokey-fire smell on your clothes... graham cracker-chocolatey-marshmallowy goodness! Um...YUM!

I've been seeing all kinds of little treats-on-a-stick all over the entertaining blogs and this one looked so easy, I was anxious to try it. I love easy treats that make it look like a "big deal". Presentation is kind of a big deal to me, when it comes to desserts that is.  :)

(Oh shoot! I can't seem to find the link to where I saw them, my apologies. I'll add it later if I find it.) 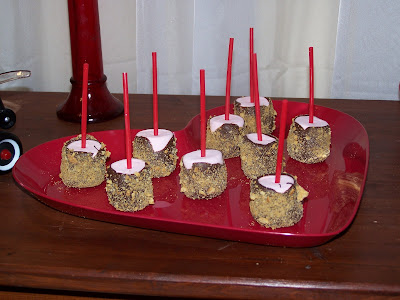 Anyways, here's how we made a bunch of s'mores on a stick!

Deacon smashed up the graham crackers. 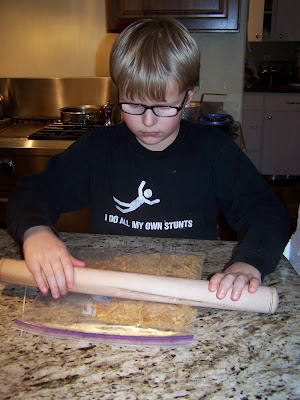 We put sticks in the marshmallows. 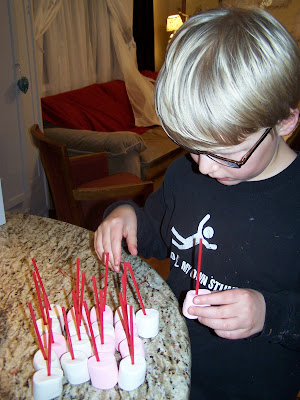 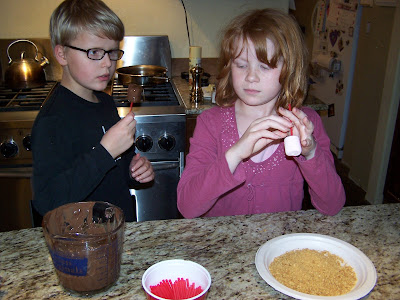 Then we dipped them in chocolate almond bark and sprinkled the smashed up graham crackers on them. 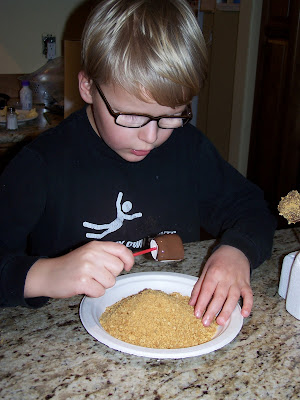 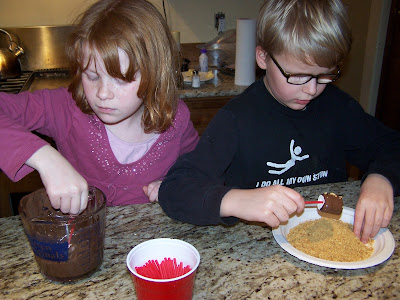 Since it's close to Valentine's Day, Elena dipped some in red candy melts too. 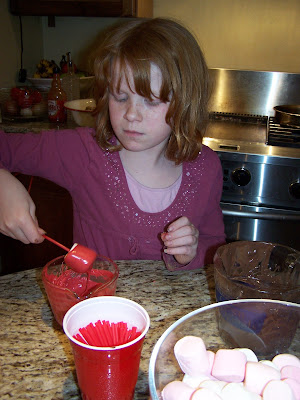 We used a combination of standard white marshmallows and the pink strawberry ones. 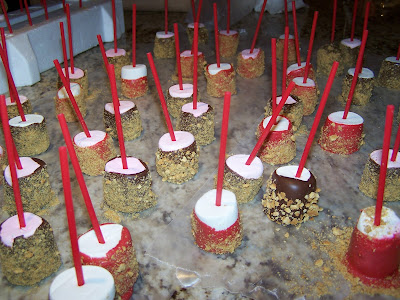 The kids each had a taste, if only you could have heard the moaning, "ohhh, mommy, these are sooo gooood"! 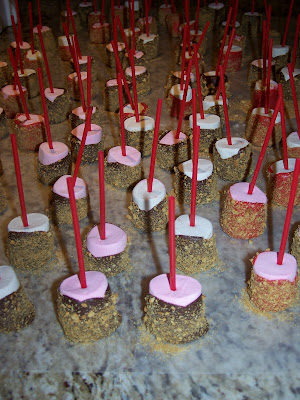 I had a taste. I prefer the taste of the chocolate, but the red just looks so pretty.
Sometimes pretty wins. 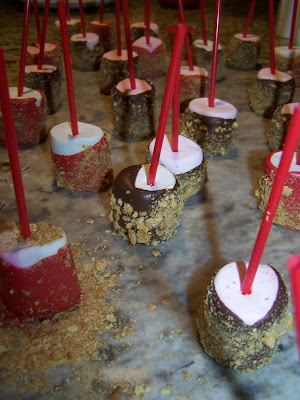 We lined the counter top with waxed paper to let them harden. 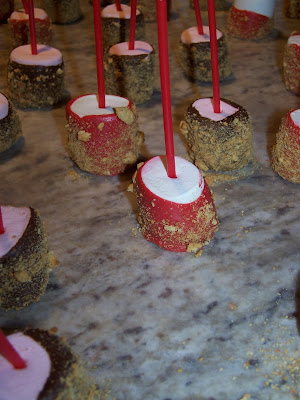 We made enough for the kids to bring to school for their Valentine's Day party. 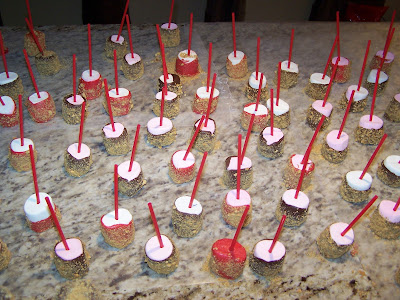 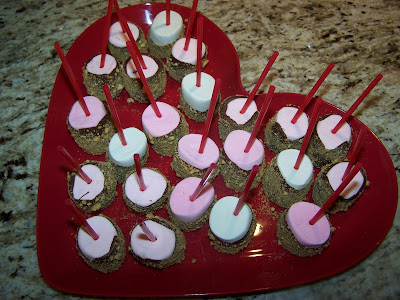 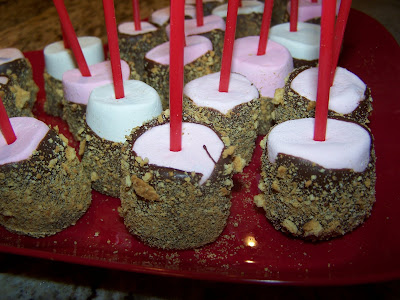 And we made enough for me to add to my Valentine display. 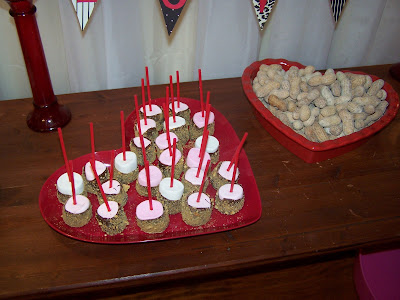 Did you notice my beautiful red heart-shaped baking dish? First candy hearts and now peanuts. I think I'll keep it around, it's being very useful. 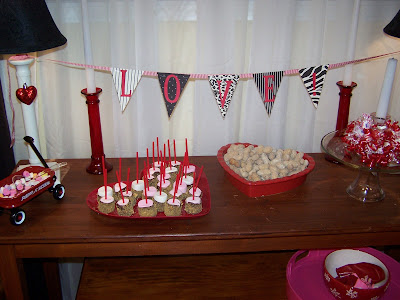 In the original instructions that I read, they used lollipop sticks in the marshmallows. When I went to buy them in town, the only lollipop sticks I had found were about $6.00 for 20 of them, I couldn't do it, I'm too cheap, and it didn't seem smart. Then I went to Cash and Carry and they had a big box of 1000 coffee stirrers for about $2.00. Since they're only holding marshmallows, they seemed like they would be sturdy enough. We made a ton of them, and hardly made a dent in the box, so I'd be happy to share if anyone would like some of these coffee sticks/s'mores sticks.
P.S. I'm sure there must be a better source for lollipop sticks, but I haven't gotten around to checking yet. If you know of one, I'd love to hear about it. 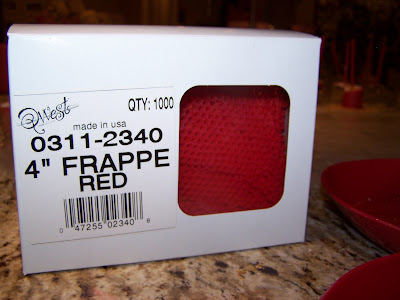 Once the chocolate ran out, Deacon had a good time building with sticks and marshmallows.
He made all sorts of creations, but in the end the marshmallows ended up being one big baseball that he tossed around the house... um, eww! I couldn't even bring myself to take a picture of it. But, he was so happy, laughing and playing that I had a hard time putting an end to it. (He was being creative and I like that.) But I did. Eventually. 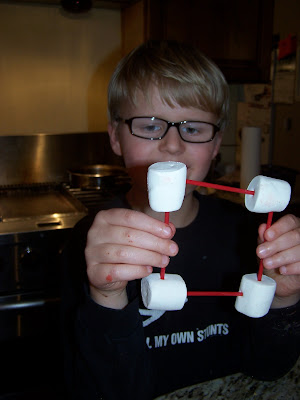 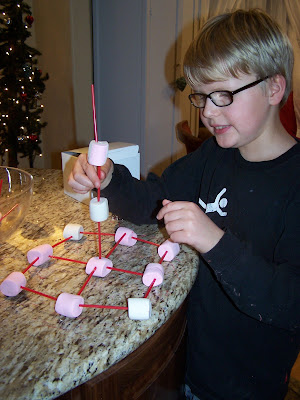 This week has been full of sweet-treats. Thankfully they've been leaving the house just as fast as we've been making them. The real prize is the time being spent with the kids. A time to talk, a time to be together, a time to be creative and (shh.. don't tell) a time for them to learn new skills. Deacon has now mastered the hand mixer and mastered the microwave melting process of almond bark and candy melts. Things he seemed a bit apprehensive about, now he does without reservation. I love that! You can almost see the confidence rising.
Posted by Greta at 11:00 AM